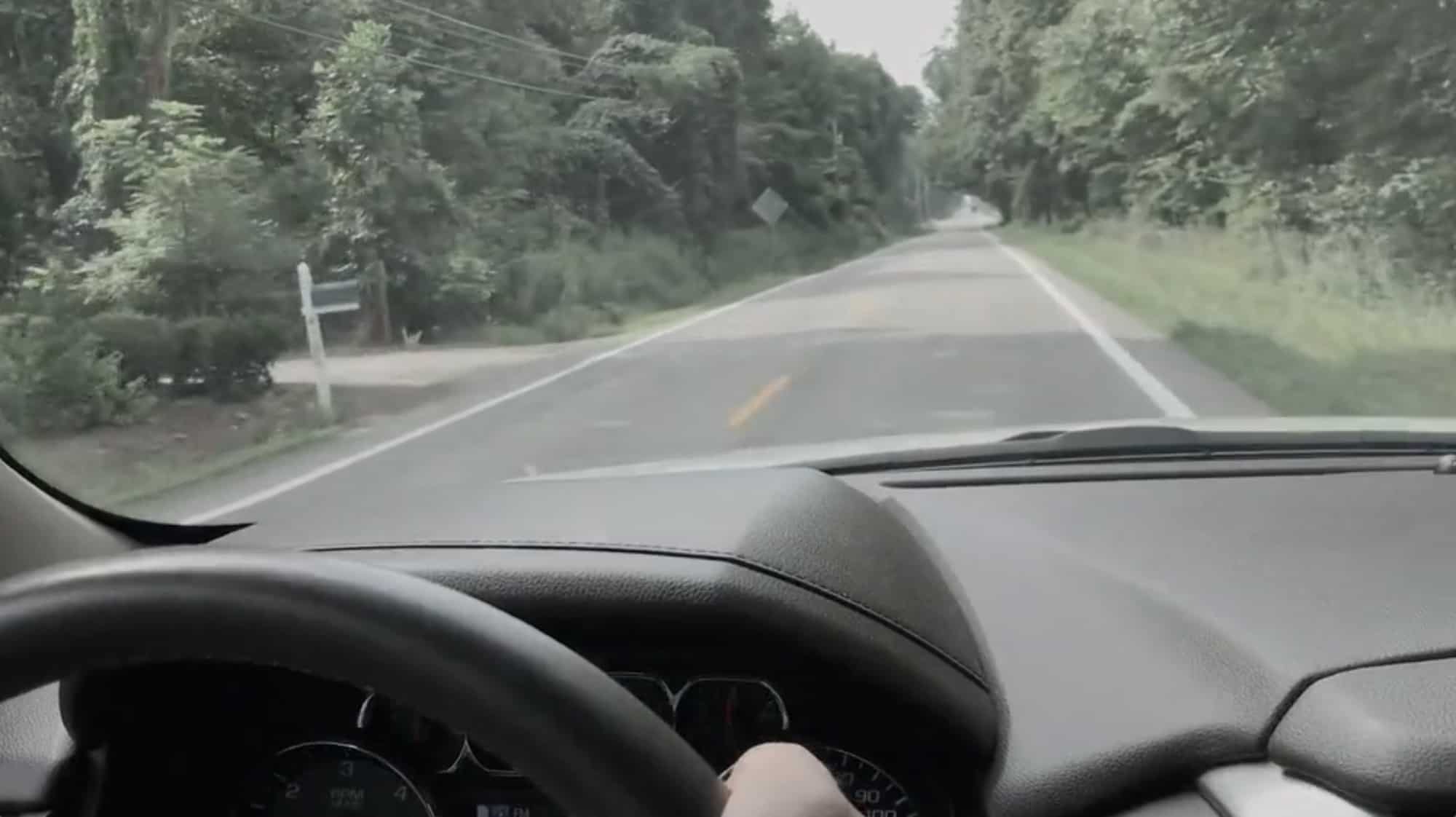 Life is full of myths. The Loch Ness Monster, Unicorns, and who shot President John F. Kennedy are just a few. When it comes to the importance of calibration in the auto glass industry, however, separating fact from fiction can mean saving someone’s life and the reputation of your business.

“The people in our industry need to know [the myths],” says Barry Lintner, owner of Lloyd’s Glass & Correct Calibration Services in Pensacola, Fla.

“It’s not needed,” says Kris Griffin, owner of Calibrators of the Carolinas. Griffin began in the automotive industry in 2004 as a service technician for BMW. He entered the auto glass side in 2012 and opened his calibration business two years ago.

Griffin said installers believe calibration is unnecessary because the system may perform correctly right after a windshield replacement. The customer may drive the car out of the shop, and nothing goes wrong until a week or five weeks or six months later, as the vehicle begins to show false alerts because something is wrong in the system.

“The calibration is an insurance policy to ensure you have the vehicle’s components in the proper places,” Griffin says. “That’s a huge deal.” Calibration makes it certain for the glass installer that after installation, the vehicle is returned to its original manufacturer tolerances, as Griffin calls them.

Also, if calibration is not performed, an installer cannot know if a piece of glass is bad or if the camera bracket is misplaced. “That’s how we find out we have a faulty part,” Griffin says.

2. “Every car can be calibrated successfully”

According to Lintner, vehicles modified from the manufacturer’s specifications, such as pickup trucks lifted and on bigger tires, cannot always be calibrated. “There’s only a certain range where you can calibrate to,” Lintner says.

3. “If I didn’t unplug the camera, it doesn’t need to be calibrated.”

This is probably the most common myth and the most egregious, says George Weller, president of Zenith Auto Glass in Duluth, Minn. An auto glass installer can replace a windshield, snap the camera back into place, and the vehicle will run, but it will not be accurate without calibration.

“An accurate calibration is absolutely the difference between a hit and a miss, and one-degree matter,” Weller says.

According to Weller, if the camera aim is off by only one degree, that translates to the lane assist program being off by 8 feet at 100 feet away, which is more than half the distance of a vehicle. A vehicle stopping distance of 89 feet on dry pavement to stop in time, and if calibration was not performed, the results could be severe.

He says to think of windshields as the lens of a camera. When the windshield is replaced, it may or may not be placed back within the vehicle manufacturer’s tolerances. Calibration can tell the installer if it is positioned correctly and avoid issues with the camera.

Griffin also uses prescription eyeglasses as an example. If an eyeglass prescription is changed, “you’re going to see things differently through a new windshield until calibrated.

Calibration sets the baseline data for a vehicle. No two pieces of glass will have the same clarity when installed, and calibration allows for verification of the manufacturer’s tolerances “to make sure that system operates as designed.”

Griffin says that quality in ADAS parts “is luck at the draw.” An installer may or may not have problems with aftermarket parts.

Weller says that in his experience maybe two out of every 100 calibrations will fail because of a problem with an aftermarket part. He says any glass manufacturer can have a flaw turn out in its product.

Weller has considered the pros and cons of aftermarket parts at various times in his career. “It happens. But it isn’t the problem people think it is,” Weller says.

5. “They’ll all eventually calibrate themselves.”

Weller admits that he once believed this myth as a young installer. “And I was in that camp, I realized, because that’s what I was hoping.”

He knew that performing calibrations would mean expense and education to do them correctly, as well as subscriptions to OE information programs.

Lintner says this myth is starting to abate, but no current vehicle system can calibrate itself. According to Linter once a sensor is disrupted in a vehicle, the vehicle cannot recalibrate on its own. “A lot of people were giving that information to consumers, including dealerships,” Lintner says.

6. “If a component doesn’t show a code, you don’t need to calibrate.”

In fact, every OE position statement states that a calibration is required after a windshield replacement, tire replacement or rotation, front-end alignment, or replacement of struts, Weller says.

He has heard a dealer say if a code does not show, calibration is not necessary. Weller uses a tool called the adasThink, which identifies any required calibration after viewing a shop’s estimate for work on a vehicle.

A recent example at Zenith Auto, Weller says, was a Subaru which came in for calibration, and adasThink evaluated that two calibrations were necessary. The 2019 Subaru Outback requires a calibration performed when the vehicle is involved in a collision, no matter how minor or major the collision.

Calibration is “a laborious process,” Weller says, but a necessary one.

“That’s simply not true,” Linter says of relying on codes and warning lights. A fault code does not exist if a camera is misaligned after a windshield replacement.

Griffin’s reply to this myth is: “Are you an engineer?” Most installers are not engineers who understand the inner workings of vehicles and all that can go wrong.

“To the best of my knowledge, I’m following [the manufacturer’s tolerances],” Griffin says of his course of action as an installer.

Calibration “may seem unnecessary,” but when the auto glass installer does not perform calibration, he is saying to the customer: “we’re going to gamble with your safety.”

Griffin founded his company in the metro area of Charlotte, N.C., to assist companies that do not have the tools and resources to perform calibrations. He saw that dealers did not calibrate and realized the potential for a company that only performs calibrations.

8. “It’s ok to do calibrations outside.”

“Just because you can doesn’t mean you should,” Weller says. He points out that no OEM states that doing calibrations outside is okay and that they explain the proper lighting and environmental conditions required. For example, neutral colors are recommended to eliminate glare on the laser during calibration.

Weller says he sees technicians in YouTube videos doing calibrations with distractions in the background, such as racks and equipment.

“That’s a lot of video noise that can affect the calibration process,” he says.

According to Griffin, pre-scans before installing a windshield are essential to determine if the vehicle already has a faulty part or something else has been compromised.

That’s why pre-scans are so important because you need to know what kind of electronic shape that vehicle is in.” Griffin says.

10. “Nothing Else Affects Calibration.”

The Importance of Calibration

It’s a no-brainer,” Griffin says of calibration. “It’s critical to your business.” Information and knowledge about calibration is everywhere. Installers “can’t claim ignorance anymore,” he adds.

When calibration is not performed, “you’re gambling with your business and someone’s life.”

That’s why Griffin advises that installer keep a paper trail of windshield replacements. That pater trail will be essential if an installation company is sent to court because something happened later.

“Is not calibrating something worth your career and professional reputation and livelihood?” Griffin says.

After nearly 40 years in the business, Weller says he enjoys the auto glass industry now more than ever. He especially enjoys interacting with customers. Weller is fascinated by what cars can do and optimistic about the future.

However, calibration will continue to be more critical, not less important. He says shops that do five calibrations a month are the perfect candidates to seek out more information because more vehicles will need calibration in five years. Weller also predicts that more brick and mortar buildings will be needed for

calibrations to be performed, not mobile services.

According to Weller, if a technician is on the witness stand and asked where he performed a calibration, “If you say ‘in their driveway,’ you’re done.” Calibrations can be performed outside, but will they be accurate? “This is the future, and if you don’t get on board with Calibration, you’re going to die on the vine,” Weller says. Customers do not want to make serape appointments to have calibrations done, and customers are becoming more educated about its importance.